The resistance rate of clinical Helicobacter pylori (Hp) isolates has increased, however, the mechanism of drug resistance is unclear. In this study, we isolated drug-resistant Hp strains isolated from different areas and different populations of China for genomic analysis. The aim of this study was to investigate drug resistance in Hp from Bama County, Guangxi, China. Minimal inhibitory concentrations (MICs) of clarithromycin, metronidazole and levofloxacin were determined and complete genome sequencing was performed with annotation. The presence of hp1181 and hp1184 genes was detected by RT-PCR. The relationships between hp1181, hp1184 and clarithromycin resistance were confirmed by gene mutation and drug-resistant strains. Three drug-resistant Hp strains were isolated from patients with gastritis in Bama County. The strains showed a high degree of homology with hp26695 through complete genome detection and identification. Differences in genome sequences, gene quantity and gene characteristics were detected amongst the three strains. Prediction and analysis of the function on drug-resistant genes indicated that the RNA expression of hp1181 and hp1184 increased in the three strains that were the same in the artificially induced clarithromycin-resistant bacteria. After gene knockout, the drug sensitivity of the strains increased significantly. In summary, The expressions of the genes hp1184 and hp1181 were associated with clarithromycin resistance in the Hp from Bama, Guangxi.

Helicobacter pylori (Hp) is recognized as an important human pathogen that colonizes the gastric mucus resulting in superficial gastritis, atrophic gastritis and gastric cancer[1–3]. Present treatments for Hp infection include proton pump inhibitors or bismuth in combination with amoxicillin or metronidazole and clarithromycin[4–5]. The rate of drug resistance is increasing due to a wide range of use of antibiotics and high resistance rates to clarithromycin, metronidazole and levofloxacin are associated with the failure of Hp eradication[6–8]. The World Health Organization (WHO) gave clarithromycin-resistant Hp as a high priority bacterium for antibiotic research and development[9].

At present, the mechanism of antibiotic resistance of Hp is not completely understood[10–11]. It is widely accepted that the resistance to these antimicrobials is related to mutations in Hp gene: clarithromycin-resistant strains present three-point mutations in the region of domain V of 23S ribosomal RNA (rRNA): A2142G, A2142C and A2143G[12–13]. In addition to the mutations, the efflux pump cluster is also involved in the development of resistance to clarithromycin[14–15]. Moreover, there may be gene mutation sites that are not yet known and so the mechanism of drug resistance warrants further study.

We isolated, cultured Hp from the population in Bama County, which is a township known for the longevity of its residents in Guangxi, and randomly selected three strains of multiple drug-resistant Hp with resistance to clarithromycin. Complete genome sequences were analyzed to ascertain the genomic characteristics of the strains and to reveal the underlying mechanism of drug resistance in Hp.

Isolation and culture of Hp

This study had received a strict medical ethics review from Youjiang Medical University for Nationalities. Written informed consent was obtained from each patient. Gastric mucosa tissue samples were collected from the People's Hospital of Bama Yao Autonomous County in patients’ gastric body and pylorus with gastritis or gastric ulcers. Isolation and culture of Hp were performed at the Prevention and treatment Research Center for Resistance Microbiological, Youjiang Medical University for Nationalities. Patients investigated had not taken any antibiotics for at least four weeks before examination. The isolation and identification of Hp were performed as previously described [16-17]. The culture conditions used Columbia agar plates containing 5% fresh defibrinated sheep blood. The microaerophilic conditions included 5% O2, 10% CO2 and 85% N2 at 37 °C for 3~5 days. Suspicious colonies were confirmed by Gram stain, urease, oxidase, catalase activity testing and urease gene PCR testing.

The antibiotic resistance of Hp was measured by dilution methods with reference to the protocols of the Clinical and Laboratory Standards Institute (Wayne, PA, USA)[18]. Briefly, the concentration of Hp was regulated to be 1×106 CFU/ml and incubated at 37 °C for 3~5 days under microaerophilic conditions. After incubation, the plates were visually examined and the MIC was determined to be the lowest concentration that resulted in no turbidity. Metronidazole (Aladdin, d1707126), amoxicillin (Xiansheng pharmaceutical, 02-170404), levofloxacin (Shandong Lukang Pharmaceutical Group Saite Co., Ltd, 160608), clarithromycin (Yangzi River Pharmaceutical Group Co., Ltd 17111641) were also used.

Drug-resistant strains were selected and sent to the Shenzhen Huada Gene Co., Ltd. for complete genome analysis. After the DNA samples were delivered, the quality of the samples was tested and then used to construct a BSlibrary. The purified genomic DNA samples including genomic DNA, bacterial artificial chromosomes or long-length PCR products were sheared into smaller fragments by CovarisS/E210 or using a Bioruptor. The overhangs resulting from fragmentation were converted into blunt ends using T4 DNA polymerase, Klenow Fragment and T4 Polynucleotide Kinase. After adding an ‘A’ base to the 3' end of the blunt phosphorylated DNA fragments, adapters were ligated to the ends of the DNA fragments. The desired fragments were purified though gel-electrophoresis, selectively enriched and amplified by PCR. The index tag was introduced into the adapter at the PCR stage as appropriate and a library quality test was performed. Finally, the qualified BSlibrary was used for sequencing. Genomic component and gene function analyses were performed including gene prediction, tRNA, sRNA, genes annotation and the predicted open reading frames (ORFs) by GO.

Drug resistance genes were predicted based on the results of the complete genome sequence analysis and selected for detection by RT-PCR. The reaction for cDNA synthesis was held at 25 ℃ for 10 min, 42 ℃ for 60 min and 99 ℃ for 5 min. The reaction consisted of 32 cycles with each cycle composed of 1 min at 95 ℃, 4 min at 56 ℃ and 7 min at 70 ℃. After a final extension of 15 min at 72 ℃, the RT-PCR products were visualized by electrophoresis on 1% agarose gel and 15% acrylamide gel with a 200-bp ladder size marker.

The MIC of clarithromycin to Hp26695 was detected. Drug resistance was induced by 1/4MIC. The culture medium was changed every two days and MIC was detected every four days. The concentration of induced drug was changed with MIC.

Based on the valid data from the previous sequencing platform, the CleanData could be assembled for each sample and the optimal assembly results were obtained after multiple adjustments. The assembly sequence was analyzed by correcting single base, circular judgment and plasmid comparison. The results of the genome assembly statistics of each sample are shown in Table 2. These three strains have been uploaded to the NCBI Biosample database: Hpbs1(https://www.ncbi.nlm.nih.gov/biosample/?term=SAMN10461767)

Gene prediction was applied to determine gene composition. The statistics are shown in Table 3 below.

Functional annotation was accomplished by analysis of protein sequences. We aligned genes with databases to obtain their corresponding annotations. To demonstrate the biological meaning, the highest quality alignment result was chosen as a gene annotation. Functional annotation was completed by blasting genes with different databases. In this project we have finished P450, VFDB, ARDB, CAZY, SWISSPROT, NOG, COG, CARD, NR, DBCAN, T3SS, TREMBL, IPR, PHI, KEGG, GO, KOG...17 databases annotations. The annotation results are shown in Tables 4 and 5.

The drug resistance gene numbers of three strains were different in the CARD drug resistance database, which are 14, 13 and 15 genes, respectively. However, after sorting, it was found that some genes were repetitive. The specific numbers and characteristics of genes are shown in the Tables 6 and 7. NP_207975.1 and NP_207972.1 were efflux pump genes of 26695 strain, i.e. hp1181 and hp1184 genes. Their drug resistance was verified by RT-PCR as illustrated in Fig. 2. After knocking out the drug resistance gene, drug sensitivity was significantly improved as shown in Fig. 3.

After induction with clarithromycin, Hp26695 drug resistance was enhanced on the 12th day, reached the highest level on day 16 and increased to 8μg/ml on the 24th day. The expressions of hp1181 and hp1184 were also increased with increasing clarithromycin resistance, especially hp1184, as shown in Fig. 4. Only A2142G and A 2143G mutations were detected in 23S RNA, with no other mutation sites being found，as shown in Table 9. These data indicated that these two genes may be involved early in the regulation of clarithromycin resistance.

The treatment of Hp remains based on bismuth tetralogy at present. Hp is eradicated clinically using common antibiotics including clarithromycin, amoxicillin, metronidazole, tetracycline and levofloxacin star. However, in recent years, the growing rate of antibiotic resistance has resulted in the failure of Hp eradication[19-20]. The most serious resistance has developed to drugs including metronidazole, clarithromycin, and levofloxacin star. The common mechanisms of bacterial resistance are the production of inactivated enzymes, change in the target position of antibacterial drugs, change in the permeability of bacterial outer membrane, effects on the active outflow system, formation of bacterial biofilm and cross resistance[21-23]. There are some differences in the mechanisms of drug resistance of each kind of bacteria, however, the same kind of bacteria still have different resistances to the same antibiotic in different areas[24]. The mechanism of drug resistance of Hp remains unclear and needs further study.

We selected drug-resistant strains using metronidazole, clarithromycin and levofloxacin for genome sequencing analysis. We found that there were no significant differences from the number of drug-resistant genes in the CARD database. This may be because two kinds of antibiotic resistance can develop and the drug-resistant genes in Hp are mainly hp1181 and hp1184. hp1181 is putative NDA translocase, related to the major facilitator superfamily, and is an integral membrane protein; hp1184 belongs to the MATE family, another translocase, resulting in the aforementioned susceptibility. These can contribute to resistance via a multi-drug resistance efflux protein, active-efflux of antibiotics and other efflux pump genes, such as HefA. After knockout of these two genes, the MICs of the drugs were significantly decreased and the sensitivity increased. It is noteworthy that in addition to these two genes, the GE2270A gene of Enterococcus and Mura gene of E. coli also show a correlation. It is likely that the drug-resistant plasmids of other strains invade Hp through transformation or other mechanisms. Bacteria other than Hp in the gastric mucosa of patients indirectly confirm this view. The main reason for this may be long-term acid resistant treatment, gastric erosion, or intestinal bacterial reflux. This will lead to drug resistance becoming more difficult to prevent and control, so we must attach great importance thereto. In addition, all three strains have clarithromycin resistance. The mechanism of resistance to clarithromycin is mainly reflected in the mutations A2142G, A2143G, G2144T. In addition, it is common that there are several mutations in the same strain.

The genetic characteristics of multi-drug-resistant strains in this area were preliminarily identified: the relationship between hp1181, hp1184 and clarithromycin resistance was demonstrated through genome sequencing analysis and gene function identification to drug-resistant Hp from Bama County, Guangxi Province. Our study further provided an improved experimental basis for the prevention and treatment of drug resistance of Hp.

Supported by: National Natural Science Foundation of China, No.81760739 and No. 31460023. Special fund projects for guide local science and technology development by the China government(GUIKEZY20198004). The the Scientific Research Foundation for PhD of Wannan Medical College (grant WYRCQD2019010) 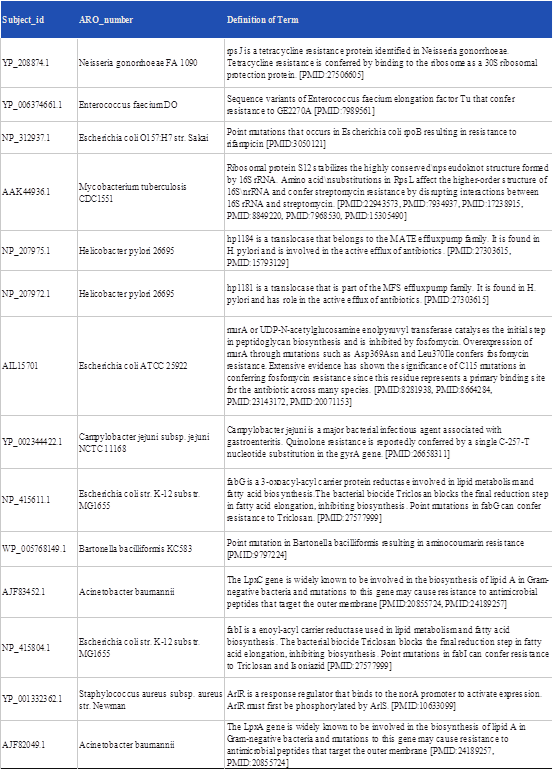 Table 8 Mutations in the 23S rRNA genes of Hp strains